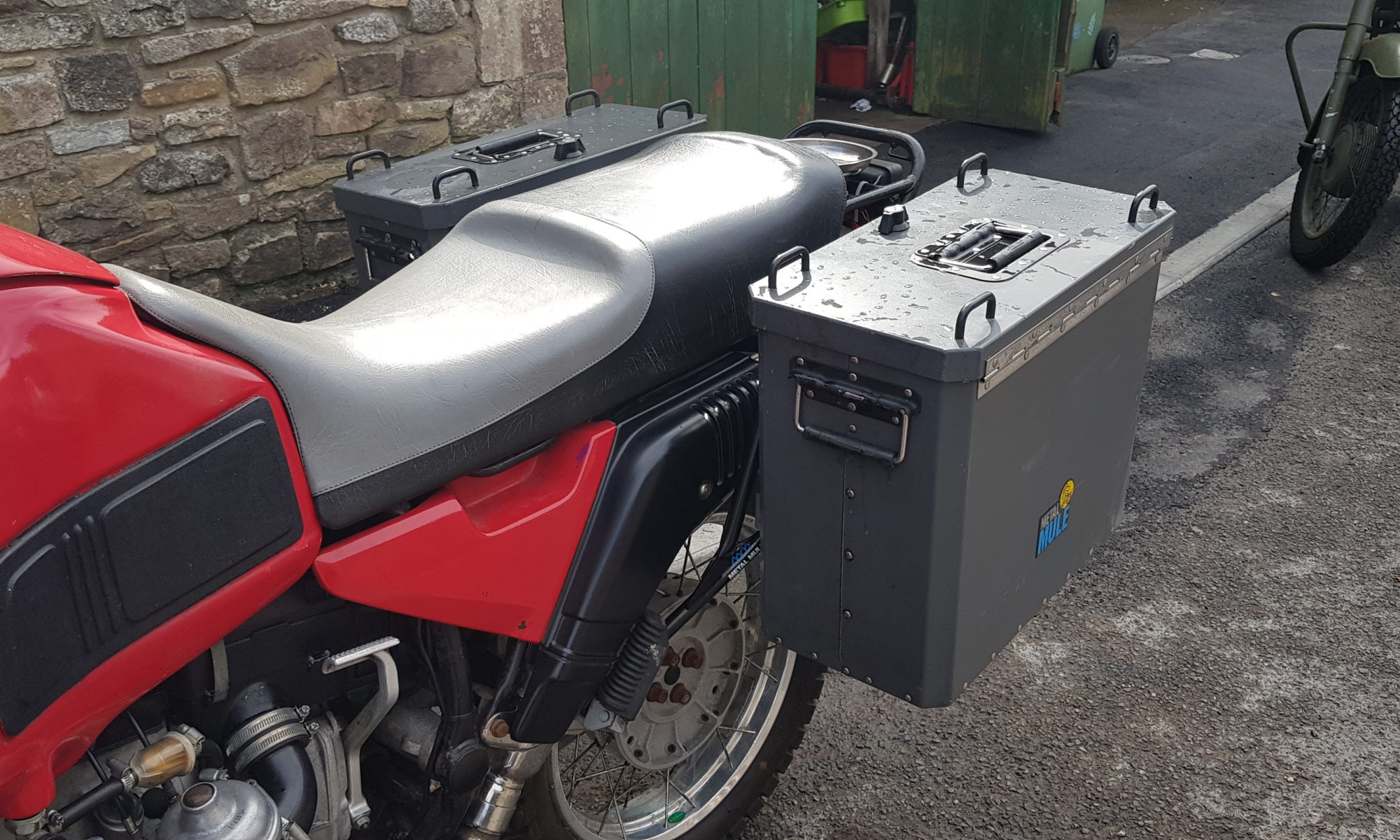 For a time I have been thinking of fitting some sort of luggage system to the BMW. It allows it to be a more practical bike. I am a fan of being able to ditch the bike kit and wander about the shop/town without getting a sweat on because of all the bike clobber.

Having asked a few places about pannier kits for the R100GS PD BMW I found not many sources of new kit. There were offerings from Motorworks but my eye was caught by a firm I saw many years ago at the Dirt Bike Show and that was Metal Mule. They thankfully still sell the pannier kits for both the BMW and the KLR. But I initially was a bit worried that the panniers and rails etc would come close to 2k for what I wanted. But after a bit of searching on the bay, I managed to find a pair of second-hand boxes for less than the cost of one box. Next thing I know, I have some panniers and a new set of rails on the way to me.

In the process, I also managed to find another piece of the puzzle that is the history of this bike. Looks like it’s been down on the LH side hard enough to bend the rear subframe, bend the handlebars (in two directions) and snap part of the original pannier frame. I know this as the pannier frame rails matched up fine on the RH side but LH was a 2cm out of alignment. I managed to get it to work bu using a longer bolt and pulling it together that way.