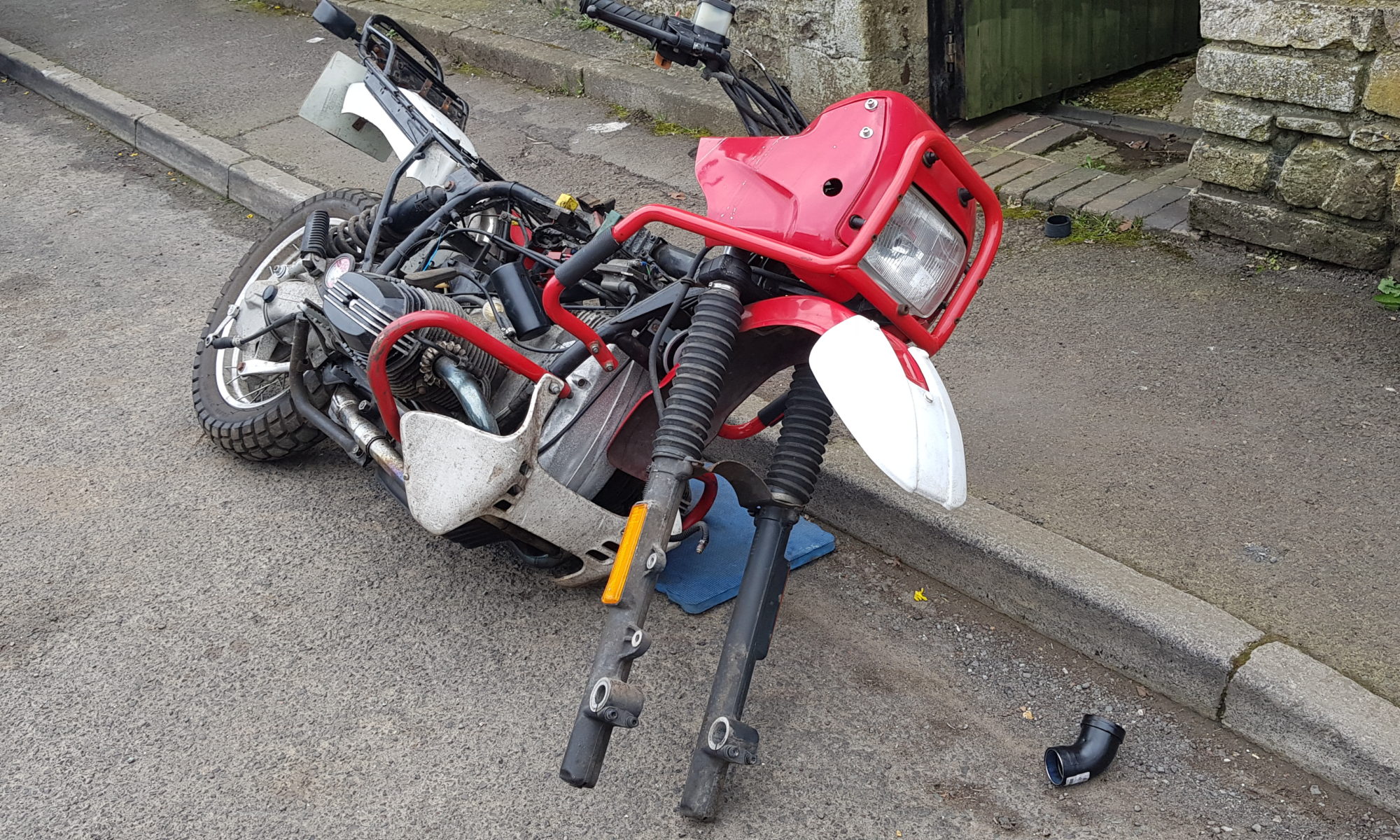 This afternoon I thought as iry I might as well have a look at solving a few of the puzzles on the BMW. During the week I ordered some parts one of which was the spacers for the front wheel

After the removal of the wheel I went into the shed to look at the spacers and moments later the bike decided to have a rest, thanks to the engine bars and it being a saggy BMW I was able to pick it up once I got the wheel in there. But to my annoyance with the wheel bolted up the disc hits the fork. Need to think about it a bit more I suspect I am missing something obvious but the wheel maybe from of a newer twin disc bike and that means the wheel might be the wrong way around or the wrong sized hub.

For a break, I took a look at how the carbs connect to the air box. Much head scratching later and I think I know what needs to be done but need some more jubilee clips.

Looking at the parts its not clear what bits are meant to be rubber fitting in or over stuff but some googling later and it looks like I must be missing part 14 which I thought was the bit already in the tube and visible on the one in my hand.

But now dad was home and we thought for the heck of it we would just turn it over off of the battery. I thought I better make sure there was oil in there….hmm I smell petrol. So we drained 4ltrs of petrol/oil mix and added some nice gloopy oil. Next, we tried to turn it over, click, click. The damn starter needs some TLC now.