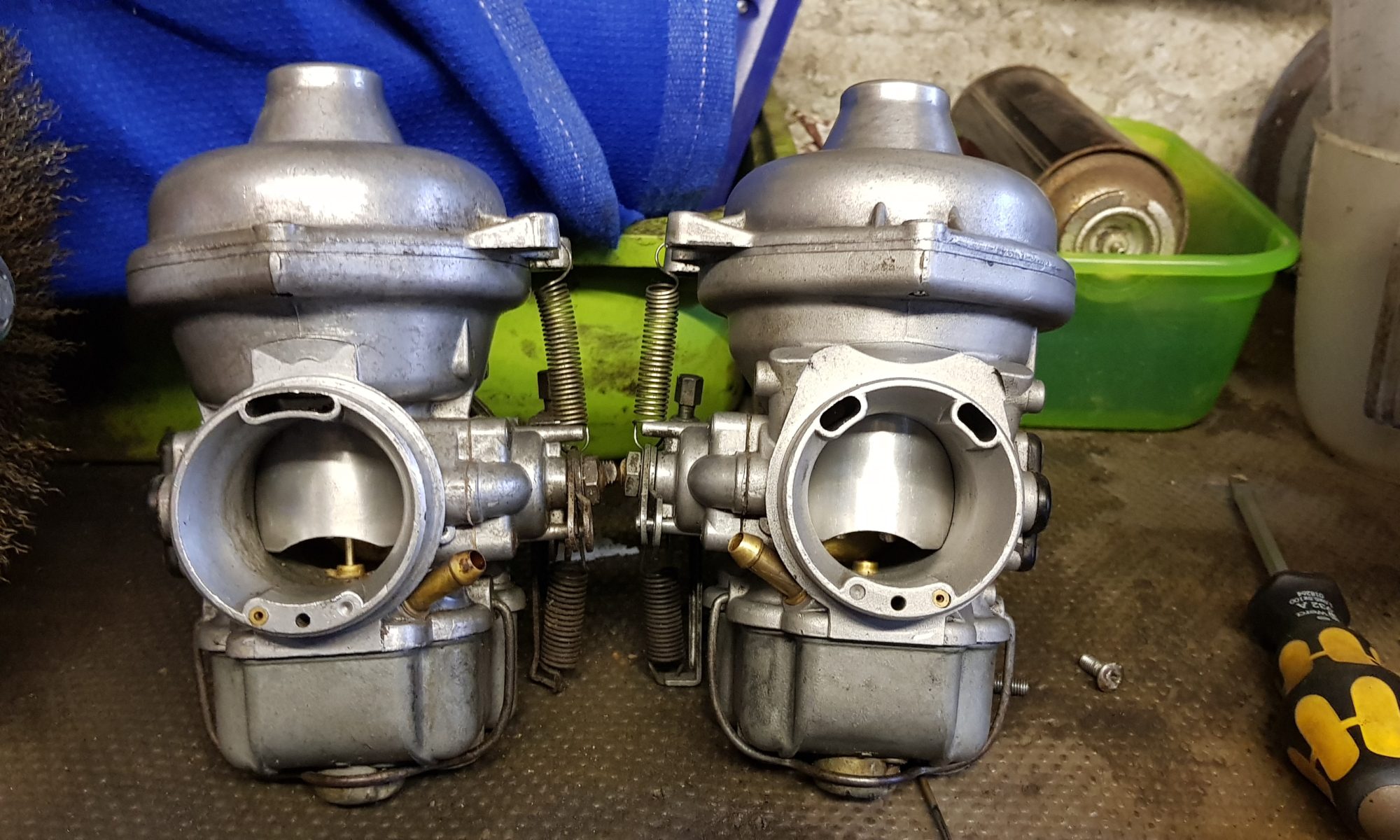 So as I look closer at the bike the more bits I am finding that are missing.

Then there are the bits that are just wrong such as the rear mudguard that has been hacked short or where the seat latching mechanism has been replaced with some home made bracket and some self tapping screws.

But first I want to get this bike started so we started by taking a look at the carbs that came with the bike and…drat, they don’t match. One is from an older bike and one looks newish but one of the legs on the float has been broken and I know that usually means leaky carbs. So I ordered a secondhand set from eBay as well as a standard original screen. I did contemplate fitting some Dellorto PHM 40mm units but I was getting a little lost on what bits I needed to fit them and decided it was a lot of about.

So I went about stripping them and giving them a good clean ready to reassemble. Sadly one of the top cover screws was rounded off so I managed to learn the skill of drilling out the screw without damaging the top cover. Sadly my ultrasonic cleaner died when it came to the last carburettor body but its all rather tidy now. But as I didn’t know the jetting etc for the bike I thought oh well I would just order rebuild kit then I would know the diaphragm and gaskets were all good. Also ordered some secondhand spacers for the front wheel.