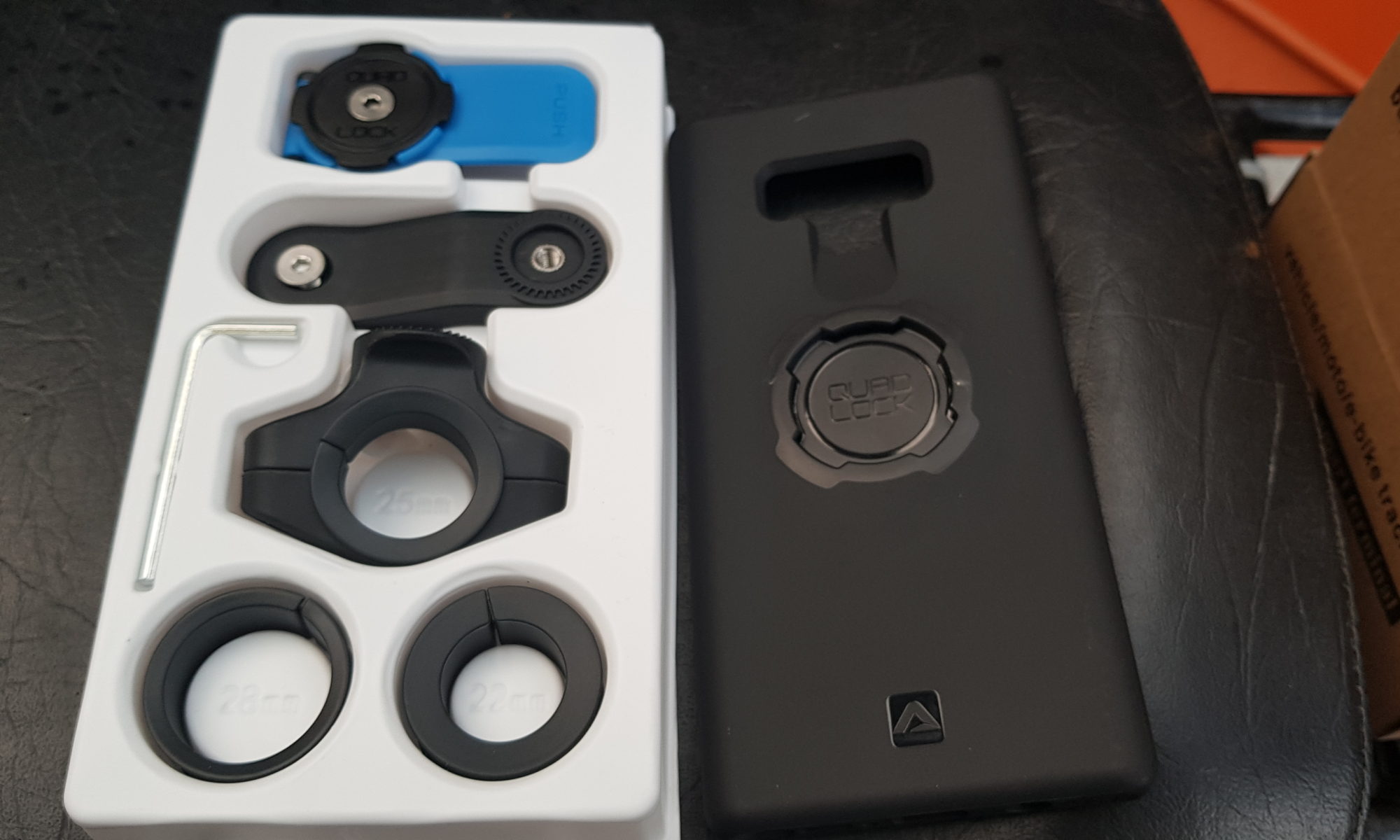 With the new bike, I am searching for a navigation solution. The KLR has the Garmin Zumo550 but there is an issue with the cradle and I can’t seem to find any other ones about. I might be tempted by newer satellite navigation devices but its a big spend for a something I just for use on the bike. I use Waze on the phone when driving the car and at work so I started to look at a way to hold the phone on the bike.

With the Black Friday deals the other day I spotted a deal on the Quad Lock phone holders. The system they use has been recommended to me via several friends so I took the opportunity to order one. It isn’t cheap but it is rare to find something to mount a mobile phone to the handlebars of a motorcycle securely.

They make holders for quite a few different phones but my Note8 is no longer on the list so I opted for the universal fit, but somehow I managed to click something wrong so I ended up with the case for a Note9 which fits close enough to be happy.

Fitting is rather straight forward and I do like that they have some thread lock type stuff on the bolts to reduce the risk of the bolts coming out/loose. This kit comes with all the bits and tools for fitting it, even different rubber things for going over the bars. The hardest bit was finding a location where the phone wouldn’t fowl the screen etc. I haven’t been for a ride yet to test it as it was dark by the time I was done.

I have somewhere in a storage box a 12V to USB (fast charge) that I will fit on the bike at a later date so that I can charge it as I ride along.