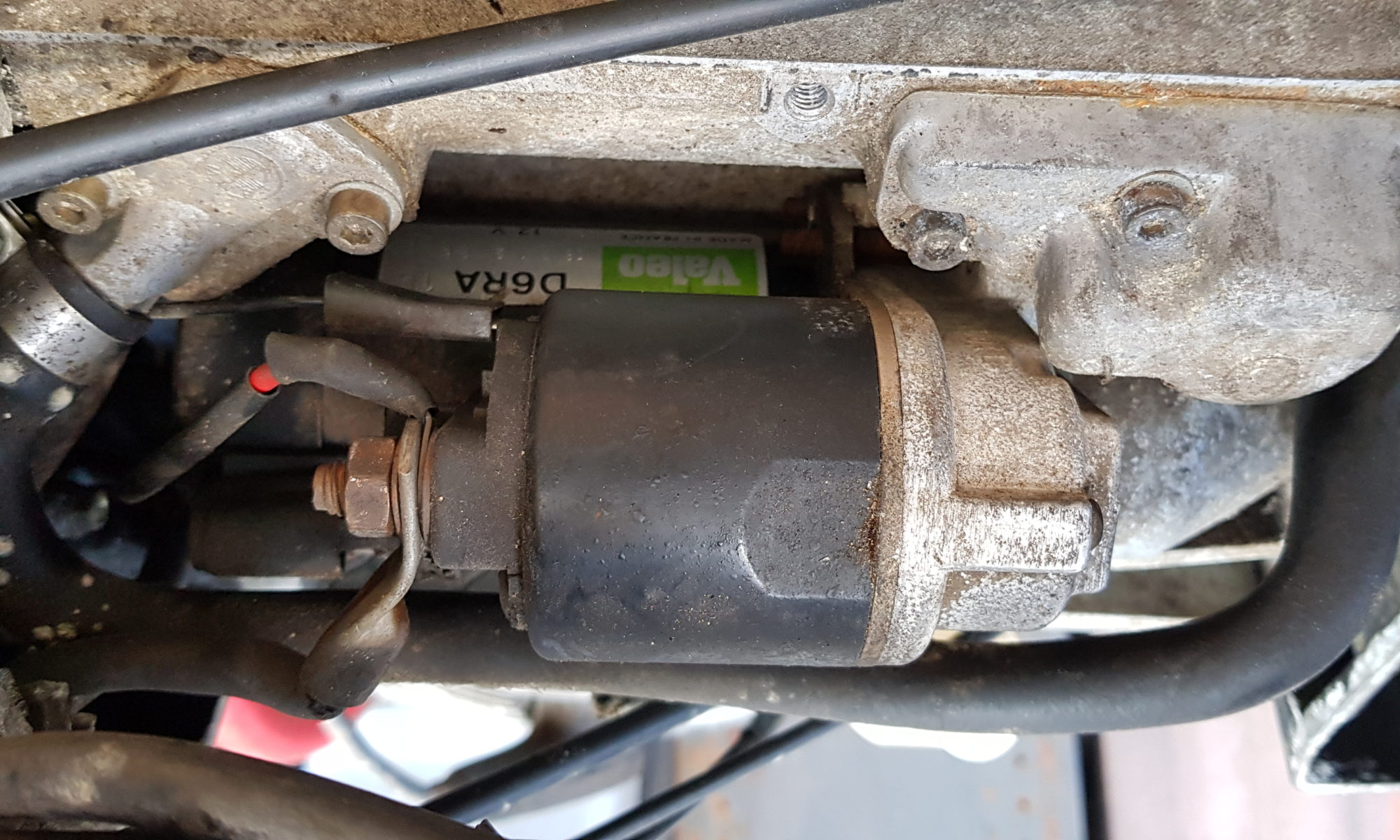 So the other weekend I attempted to use the starter and there was just a faint click but no start so I decided to take the starter off and and see if I could spin it up on the bench. Its only a few bolts which are easily annoying to get to in the sense of they can be seen but you need to use a small spanner and make small movements to get the longish bolts undone. But once undone the unit just slides out.

I placed it in the vice and using a spare battery I tried to get it to move but sparks but no life. so I started to disassemble it partially and managed to find this,

This is one of the wires to the earth brush so as I had little else to do I tried to solder it with no luck so found a crimp connector and just made it work. I also greased up a few bits and cleaned and lightly oiled the starter solenoid. Then I put the shaft into the vice and with a bit of oomph I was able to rotate it and I did free it up but it is not brilliant. It would need a full strip and rebuild. But I refitted it to the bike and gave it a test as I just wanted to turn the bike over to get oil into all the right places and it turned over but the starter would stick from time to time but it did enough for me to hear it turn over and to feel puffs from the sparkplug holes.

I went onto the internet and ordered a new replacement starter for ~£50, the BMW specific ones are over £150 but this starter is also fitted to a variety of French cars so are rather cheap. But I also ordered a set of new brushes on the off chance that the cheap starter isn’t the right size etc.

After testing the starter I know the battery would need a top up so I took the moment to fit the NOCO charger lead (not a fan of Optimates). The NOCO lead has a nice feature which is a lower power LED that flashes every few seconds with an indication of charge level.

The New Starter arrived during the week and it only took a few mins to fit,