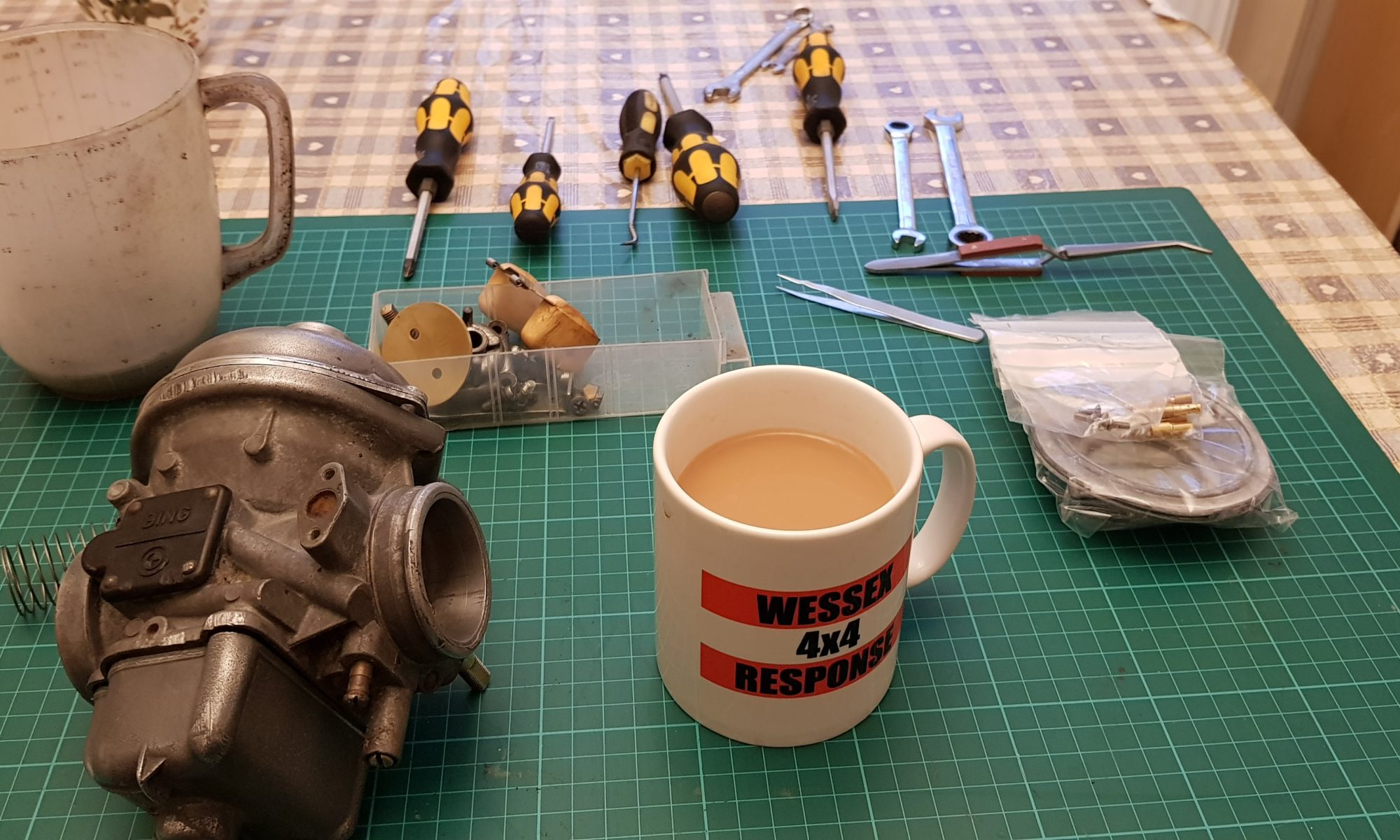 I bought some second hand carburettors on eBay due to the mis-match I have with the
carburettors supplied with the bike.

So after taking apart the carburettors to clean them I decided it would be wise to replace the gaskets but as I was unsure of the standard jetting required I bought a rebuild kit from Motorworks.

The carbs are Bing 40mm CV carburettors and are fairly easy to work on but design changes make it a bit fun to know exactly the ones you have so the drawings differ at times from what you have on you.

A thing I have learnt to do these days is to do something called Knolling which basically means to layout the items on the workbench in a logical way. Which I find handy for assembling parts as you can see all the parts and often you can also group similar objects together such as screws. The above picture is all the old bits and pictured below are the new bits.

As you might have guessed I am inside the house working on the kitchen table as I needed the light got this, and easy access to Tea. I also printed out the parts diagrams so I could work out the correct way to assemble them.

It was a bit of a challenge to work out which o-rings went on the different parts but it was soon worked out. The only bit that caused me any real issues was the needle jet as that wasn’t held in the way suggested in the parts diagrams. As you can see in the images below there was a spring clip that latches onto the pin but annoyingly it wouldn’t fit into the tube and stay attached to the pin. So I put the clip and the retaining washer in and pushed it down with the end of a pen and once it had clicked into position I then dropped the pin in and was able to use the pen again to push it down and though I couldn’t be sure of which notch I got I did get midpoint and both are matching heights.

Now I have assembled the carburettors I need to fit them but that will wait for another day.