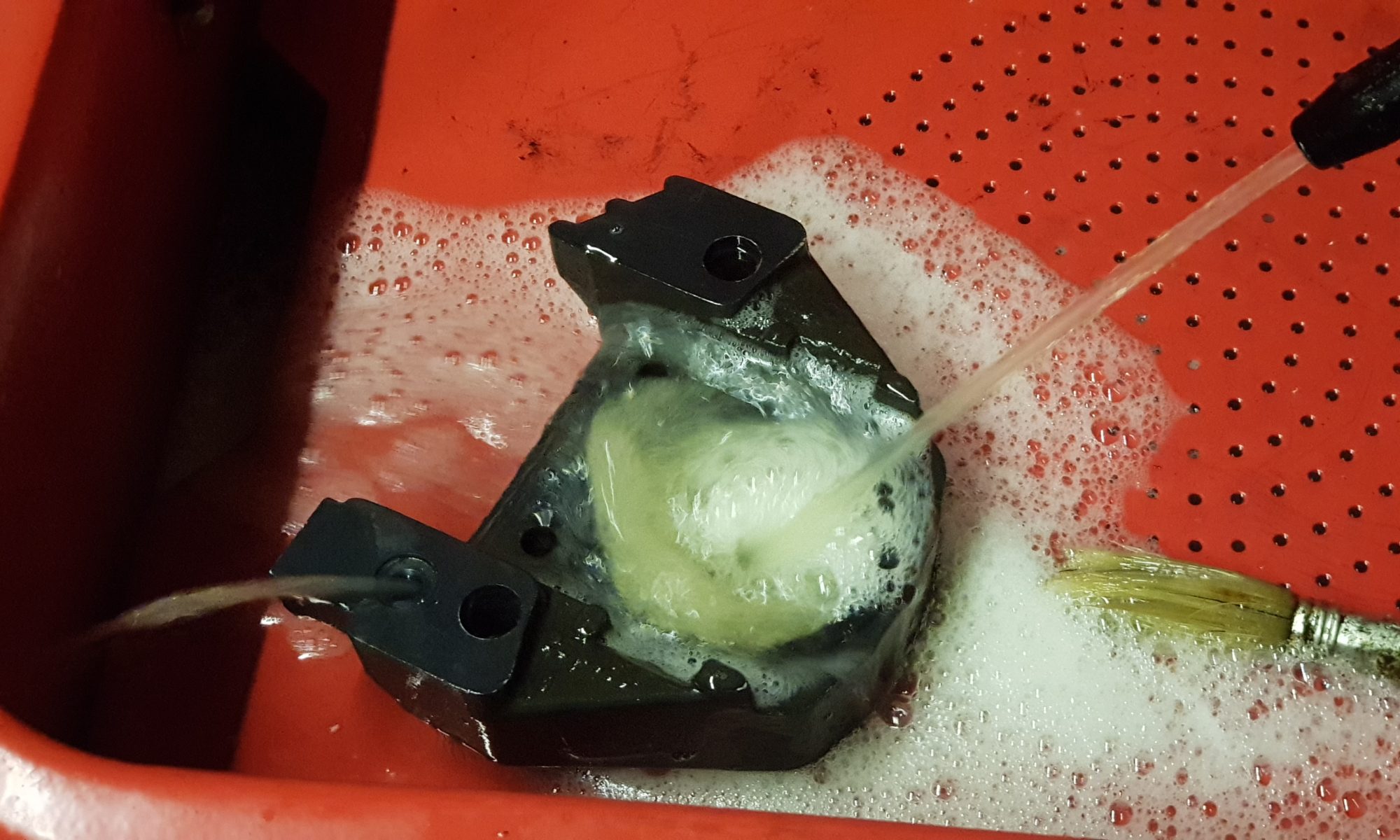 When I bought the bike I was told that the calliper had been taken off to fix a customer’s bike as it was quicker and easier than rebuilding the old one. But the seller did say he would send me the old calliper in the post. I had made contact but as they were busy it didn’t happen. As his shop is in Crediton (https://unionroadmotovelo.com/) and my dad was passing nearby he stopped off and had success, he collected the calliper and the right-hand side panel that was also missing. They had it all in a box ready to be sent, just busy and forgot.

I cleaned up the callipers as best as I could and had to take off some burrs which I can’t begin to guess how they were caused. I find an easy way to remove the pistons is to push a little air down the calliper using a compressor but only use a small amount. I put the compressor on for only 10 seconds as to avoid too much pressure or the pistons will try to hurt you.

The fitting of the pistons and seals is rather painless and took the time while cleaning to make sure all the fluid holes clean and free. I also changed the bleed nipples for some tidier ones I had in the shed.

Of course, the next stage was to fit the calliper and bleed the brakes. Which owing to the two nipples for each side it was a breeze to bleed.

Though the two M10 x 60mm Cap head bolts needed to hold the calliper together are in poor condition I wasn’t able to find any replacements in Yellow Zinc like the originals would be. So I have ordered some A4 stainless but I need to think about the tensile strength needed for holding both sides of the calliper together. My plan is to use a G Clamp to hold both side together while I release one bolt and change it.

I will admit that I am tempted to swap out the twin pot calipers for the 4 pots ones from the newer R1100 GS as supposedly with a bit of machining on the mounts they can be made to fit the bike, while keeping the original disk.