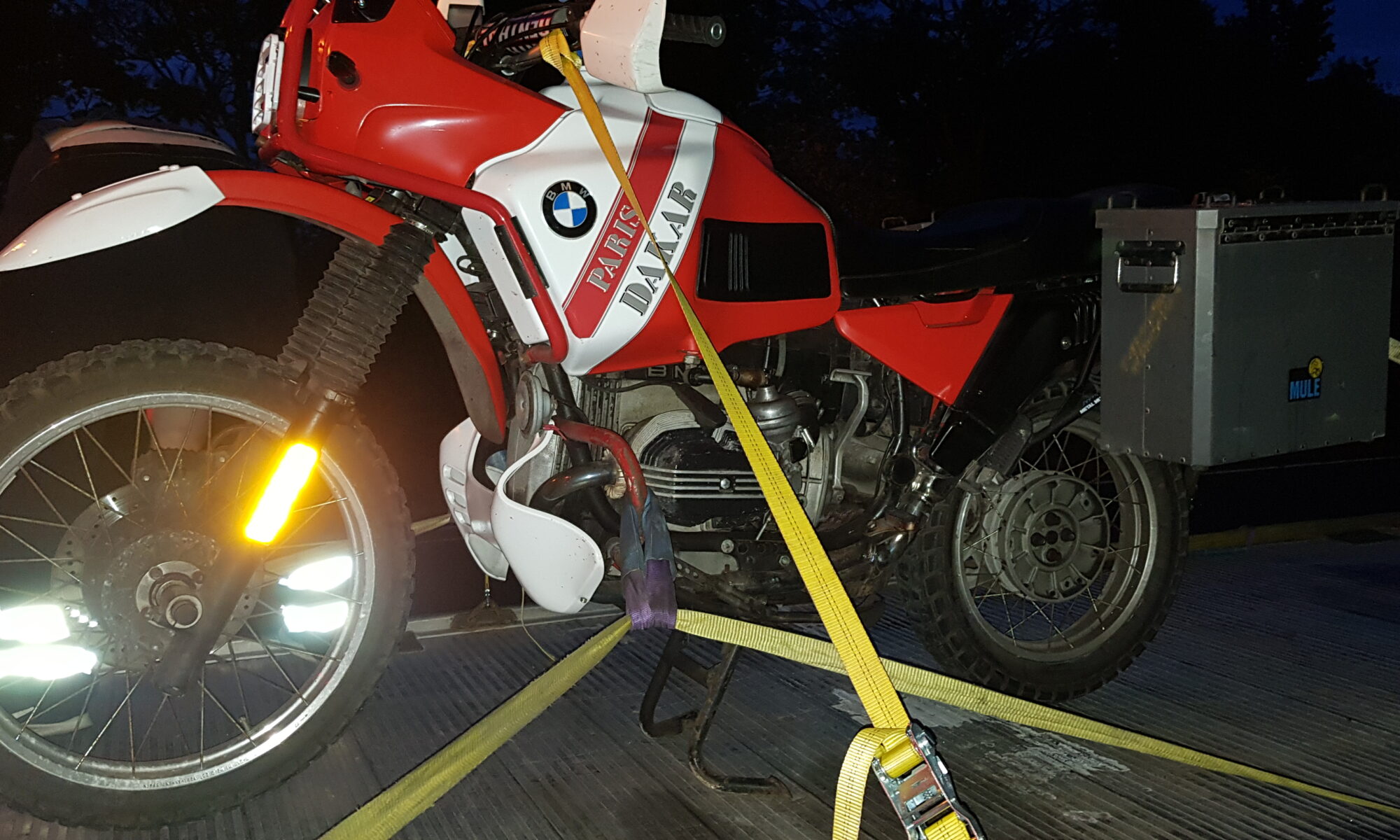 As lockdown is easing a little I had to drop some stuff off at my sisters in Wiltshire so I took the bike. That went well, the bike was going well so I thought I might as well take the shortcut home and wave at a friend that keeps offering me money for the bike.

Just outside of Cirencester while in the outside lane doing 70mph on a dual cabbageway I lost drive, but I could rev. The first thought was oh dear the chain has snapped but being a BMW shaft-driven bike I wasn’t so lucky. I pulled over and there was little or no drive. I noticed a sign ahead for parking so with some luck I was able to ease the bike to a safe place under the trees. I rang home to say what had happened and Dad though happy to come to get me wasn’t going to be able to make it for a quite a few hours. This is when I made a mistake, I thought I would just get the RAC out. They have been good to me in the past.

I rang, told them what was wrong and I needed recovery. They said they would send a van. The van driver rang, he agreed that he doubts he could repair it at the road side so called the office to get them to recover it.

So 45mins later, he turned up. Looked at the bike and listed to the clanking etc. Said “yup, its broken alright”. So told the office and a recovery lorry would come out soon. I rang at 5pm, it was now 6pm. I waited, I crossed the road to keep in the sun as I had a feeling I might get cold.

Had a call at 8 from a chap in Frome saying he would be 1.5hrs, oh someone else local has the job now, they will call you shortly. Just after 9pm a chap turns up.

The bike is strapped down, I never like the way bikes get strapped down to flatbeds. On the centre stand, straps to pull it forwards and down. Straps on the rear to pull it down. Just the centre stand keeping it on the ground. At one point both front and rear wheels touched the deck…I whelped and we changed the straps about. Eventually home for midnight. It was a long day.

The next day filled with ideas of what had failed we started to strip the bike down. Its amazing how quickly these things go from big bike to half a bike.

As you can see we were tempted to make it into a some sort of BikeExif custom thing, but as I don’t own any exhaust wrap we didn’t bother. After the removal of the gearbox it was easy to see what the problem was.

That would be a rather broken clutch. So a new one has been ordered. I decided to go for a nice Sachs one as that is what BMW fitted. I was tempted to go for a Heavy Duty one that is happy to get oily etc but I wanted to go with tested an proven.