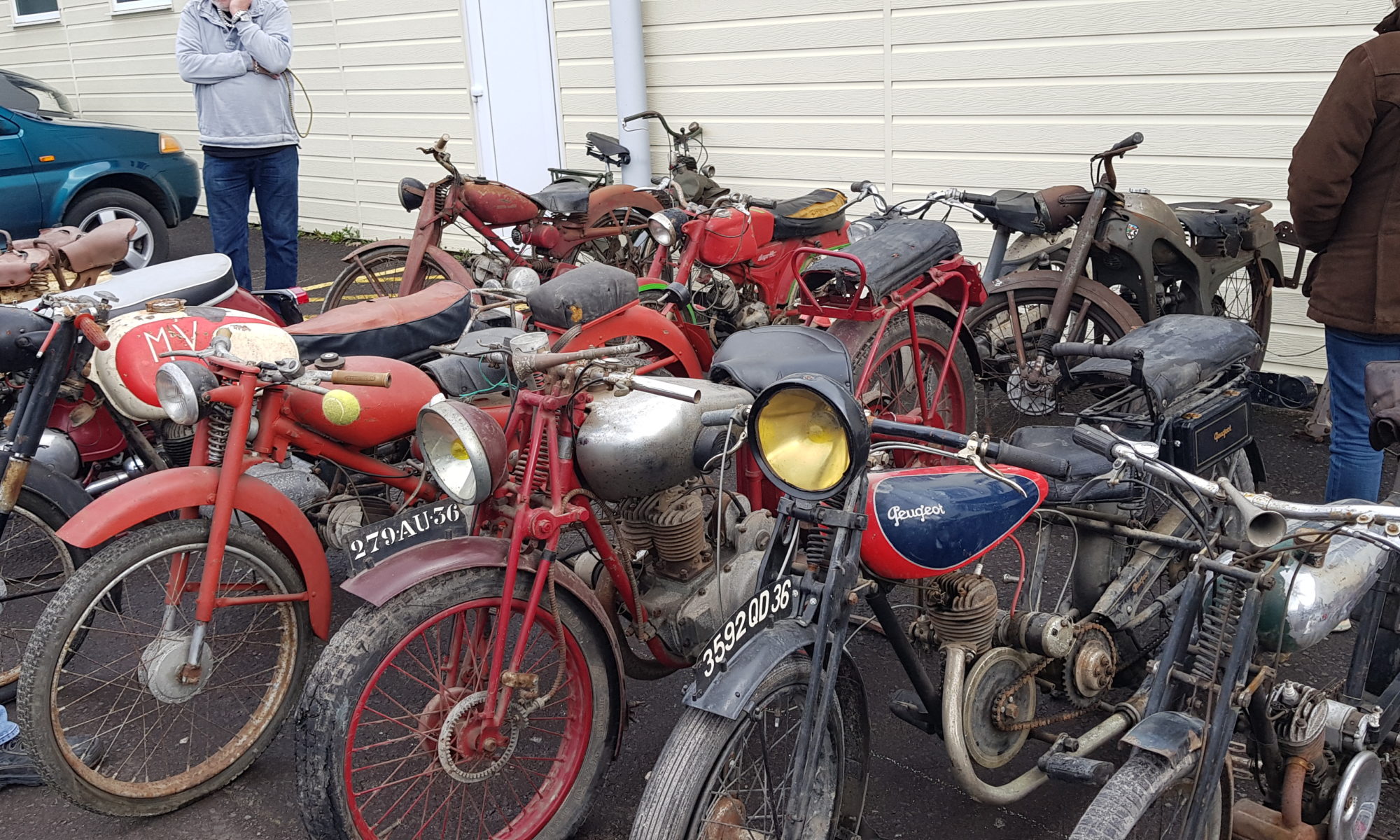 I have been doing a few local short trips to build confidence with the bike and to run it in. If it was to break down it would be near to home and save me being stuck out in the sticks miles from home. These rides have gone well and I have enjoyed getting to ride the bike again. My friends have already started to queue up to take a ride on it and my usual rule of you need to be able to start it before you can ride it.

But while I wait for them to get their kickstart skills in place I had the opportunity to be able to ride it to work. The ride isn’t far but should only take 20mins, I gave myself 30mins. I needed all 30 of those minutes to get there. There I was happily riding along and then it started to slow, I was taking it steady as its still a new piston etc. Then fear came in and I pulled the clutch in, the bike came to slow and steady rest near a driveway and it isn’t easy to put your left arm out when you have your left hand holding the clutch in. I was a little upset with myself for this but at looking at the ammeter I noted it was way over into the negative side. I turned the lights off and wandered around the bike and tried to start it again, it started easily and I did notice the engine wasn’t super hot just nice and warm. I got my kit on and made it another 2 or 3 miles before it packed in again, pull over wait a few mins, start and continue. I would like to say I took photographs of this but I wasn’t really in the mood for it just then. I got to work with moments to spare. The ride home had another 2 enforced stops. This meant I was a little grumpy on Friday evening. The thought was I had seized it a few times or I had Electrical Pixies leaking somewhere.

Saturday morning dawns and I head off to the VMCC Autojumble at the Bath & West Showground armed with a mental list of things to buy. Also, strict instructions not to panic-buy any more motorcycles. For this was the show where I ended up buying the BMW R100GS PD.

While at the show I did come away with a new rectifier & fuel taps for the Matchless (or AJS). I didn’t find a Valve Spring Compressor for the AMC heads, it looks like I will have to make my own. Though the find of the day came on the last few stalls, out of the corner of my eye I spotted some very distinctive paint, could it be, yes it was.

This is just a light grill and I was planning of making one with the laser. But at £2 for what the breakers want to charge £40 for I was rather happy that I spent the £3 getting into the autojumble.

After my excitement of the Autojumble I went out to inspect the bike and upon inspecting the bike I remembered one of the issues being the bike doesn’t seem to be charging, hence my purchase of a reg/rec for the bike so I guess it might be a pixie leak. Plus brake light doesn’t seem to work now, but headlights and rear light do. I took off the seat and looked around for any issues, I had found a wire loose from the horn and thought I might test that, oddly both connectors on the horn have power when I ground the chassis (positive earth) and disconnecting the wire I had fitted there caused the horn to fail so I put that back together. Now it was time to probe the rectifier, I start the bike and probe away, No voltage except for the 6V from the battery. No power is getting there. I check the leads out of the alternator and they are fine. Then I happened on a chance sighting of a bit of light, a spark! Hmm, and I looked in and saw.

Its a crap video I know. This is the coil, I had moved it because my Dad didn’t like it under the tank as it makes it a pain to get the tank on. Well, it was shorting to the chassis. I wrapped some nice thick rubber around it.

I started it again and now I get 4V AC on either side of the rectifier and 7 DC on the output. Problem solved, I hope. I didn’t fit the fuel taps as the petrol leak as stopped for now, but I have the taps ready just in case it gets worse.