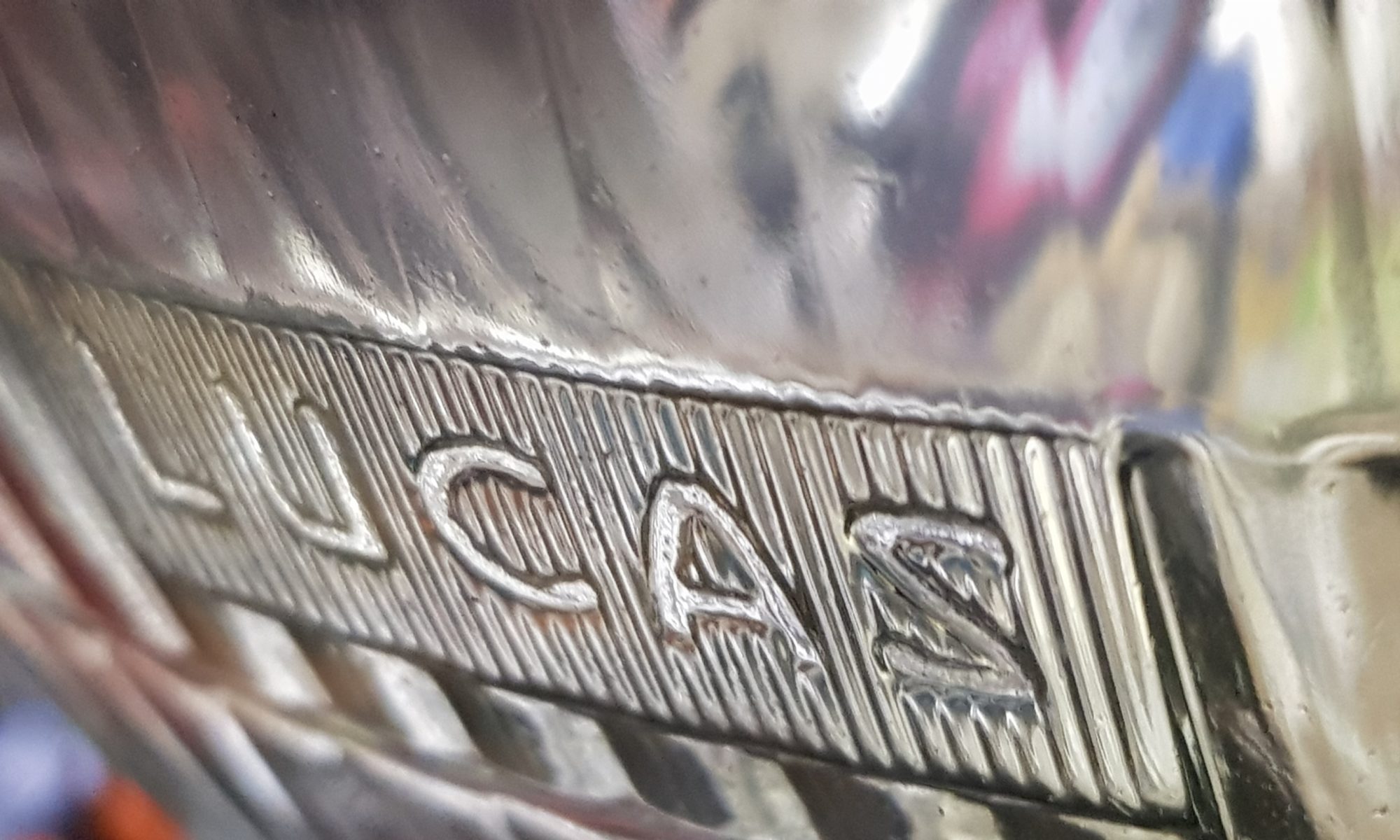 Well, Lucas didn’t deliver the parts but I did end up with quite a few of them from a few firms. With the search to solve the issue of the bike stopping after a few miles, I wanted to get a new coil, points and a new condenser (spring for the auto-advance/retard just because). While I was ordering this I had planned on making a new wiring loom but by the time you take in for the connects and wire the project was going to be rather costly, I had got a quote of ~£80 for a new loom but while I was looking for the coil I spotted I could buy a genuine loom from Lucas for £35 so I did.

I still plan to make my own loom just because I can but I now have the old loom to go on as a basis for the new one. It isn’t a very complicated bike so I set to dismantling the bike. The weather is sunny but its cold and that wind is even colder but I still set about it, working from the front to back. I did like things like an extra red wire in the loom which I have taken to mean it is there is an extra earth wire from the headlight area to the battery. Remember it is Positive earth on this bike.

I will keep the coil in the battery box area and I extended the wires for that. I am looking to fit a modern regulator/rectifier and that meant chopping the new loom to fit different connectors. I got most of the way but I was finding the wind was getting me rather cold and I was starting to drop bits and get grouchy. So I stopped, it is not like I will be going very far on the bike for a bit due to the COVID-19 restrictions.

This pause in work will allow me to think about how I plan to wire the battery into the bike. Plus anything else that pops into my head in the meantime.