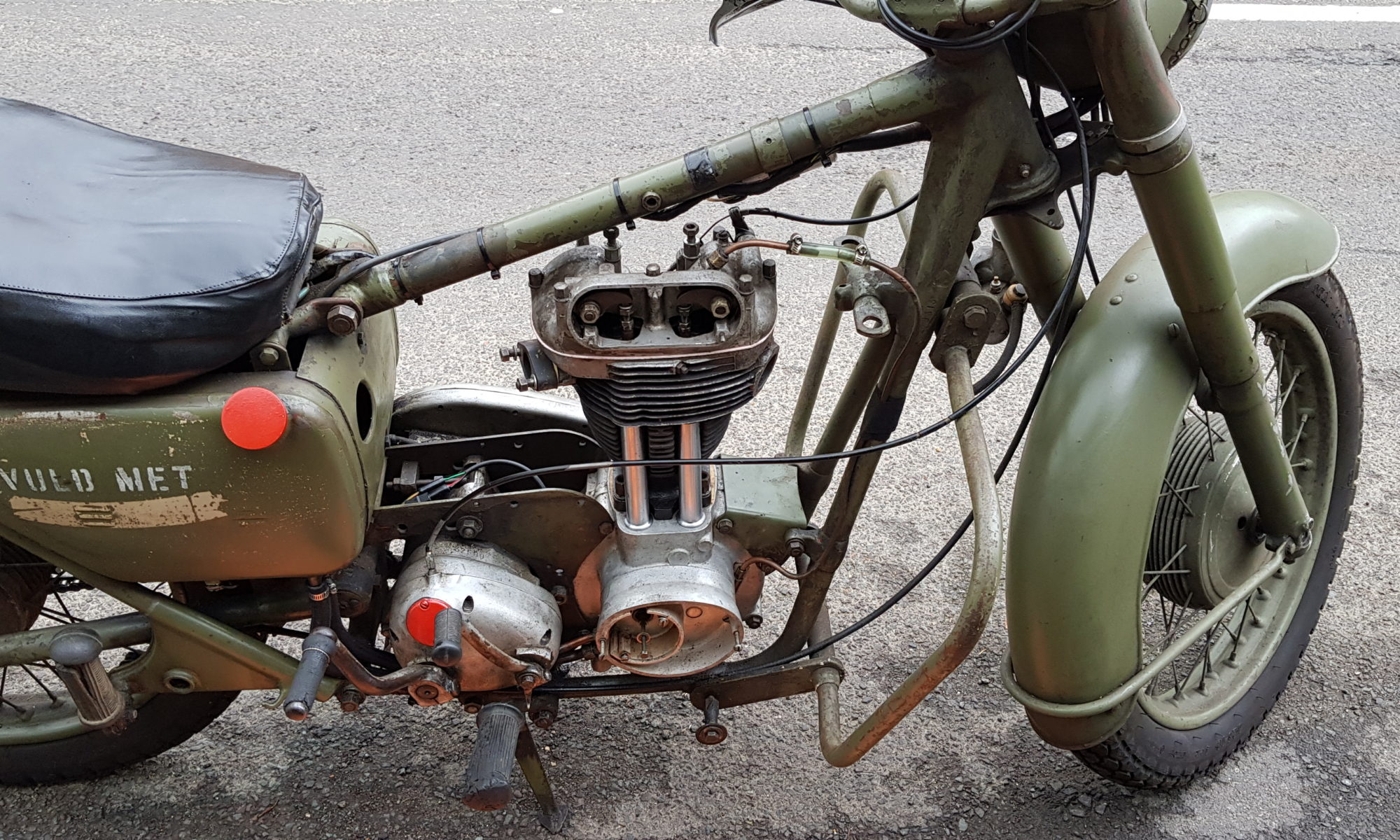 Today work continued on the Matchless, the head went on, the rocker is on, the alternator and chain case went back on. Then it was some faffing to fit new oil pipes etc.

The worse bit, timing, we have never had much luck in finding and easy way to get this right, not helped by a piston that is domed and lots of books with differing ideas on what to set it to. But recently I found a wonderful archive of manuals for the old Matchless etc online. http://archives.jampot.dk

Well we think we got it right but the spark is a bit rubbish and not as consistent as I would like. We took to adding some petrol and giving it a damned good kicking. But that is where we found out the decompression lever needed more adjustment.

We gave it some more kicks but no luck, we both were getting cold as the wind was being lazy and there was the hint of rain in the air. Though I did get a phut out out of the carb once so we know she will fire. If the weather isn’t crap I might try again tomorrow. Tonight I shall mostly be reading up on stuff.