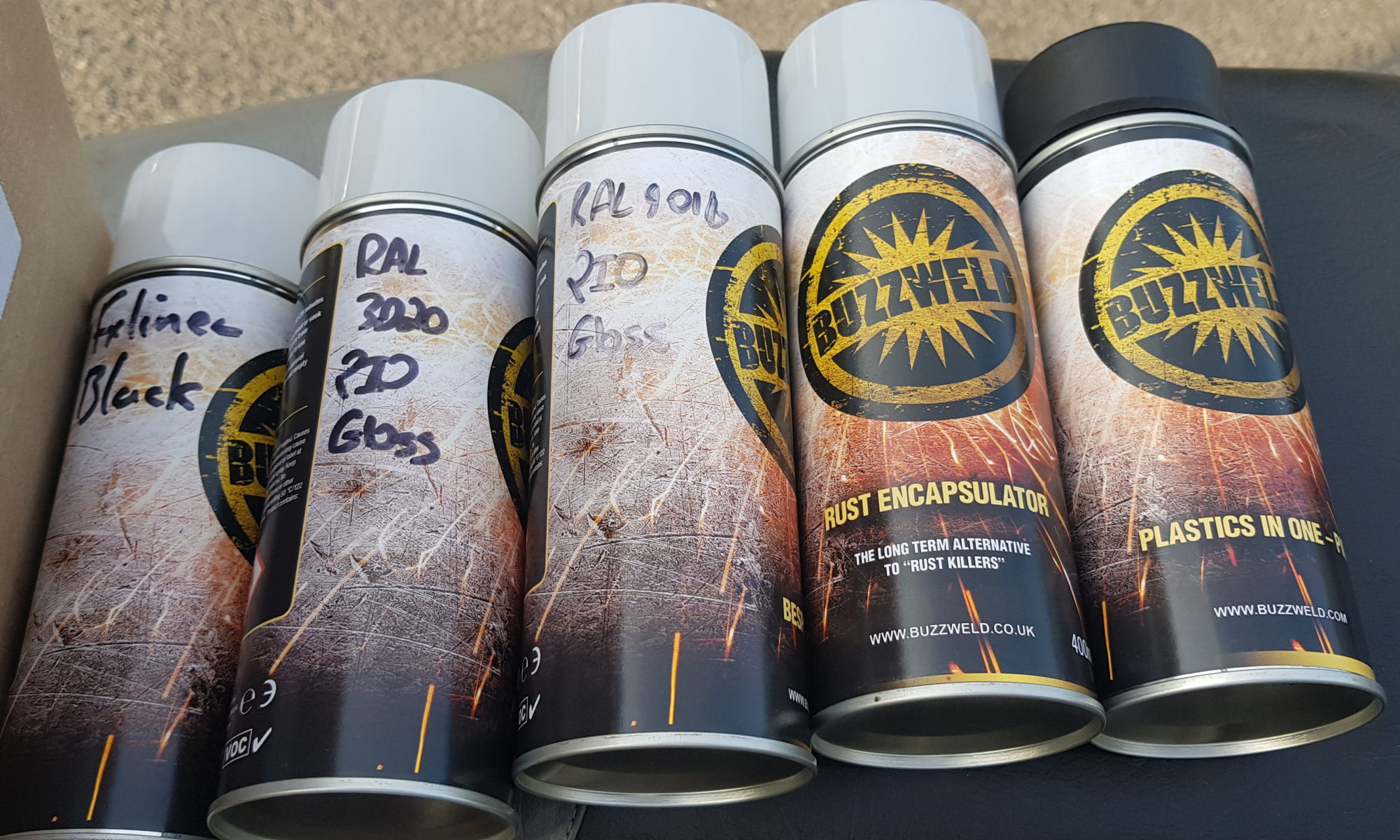 Now that the bike has an MOT etc I have been making use of the bike and visiting friends etc. During this time I have started making notes on things I would like to do to the bike.

The one thing that needs doing sooner rather than later is the front fork seals. The bike handles fine but it is weeping a little from the fork leg even though the picture makes it look otherwise. This I plan to do a full clean and change of fluids. Partly thinking of fitting some new springs but as the bike hasn’t been used much it might be an unnecessary expense.

Other things such as the paint have taken a step forward. I met up with Craig of Buzzweld in Bristol and took his advice and purchased some very nice red and white colours that are RAL colours (RAL3020 Traffic Red & RAL9016 Traffic White) and not your mixed paints like I would get if I asked for a BMW Alpine Red or White, so I should get a stronger colour from them. But I will be using a paint they supply called PIO aka Plastics in One with only a bit of scotch bright it should go straight onto the platics and its flexible. Got a tin of back to do the seat as that could do with a bit fo a tidy up. But that might be a Xmas break type of project.

After visiting Buzzweld I then went over to Castle Coomb circuit and spoke to the people at Merlin Motorsport where I picked up some oil pipe and the connectors I need to change the pipes so I can hopefully get around the issues I have with the relocation kit I bought.

Other little things like a Surefoot side stand as I can’t get the stand down while on the bike, I am a little short and the bike is rather tall.

Plus looking for a new rear brake light as mine is melting, but to fit a pattern replacement could cost 50 to 100 pounds so thinking of alternatives.

But I did fit a part to the bike and that was the cruise control adjuster. Not 100% sure how to use it but might be handy if I ever make the mistake of going onto a motorway.