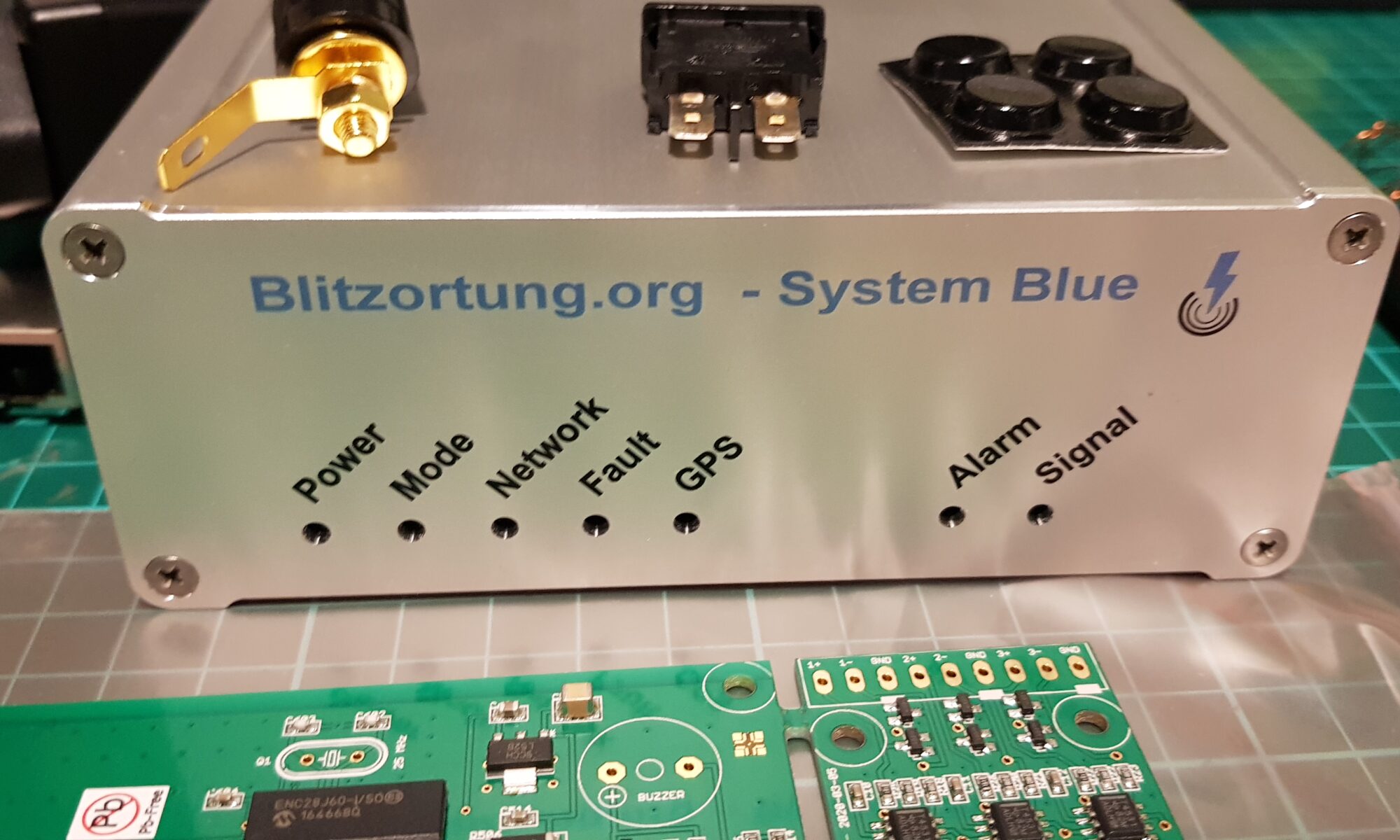 For a long time, I have been interested in the weather and like my father, I also enjoy watching lightning listening for the thunder. One of the internet projects that I found very enjoyable to view was the https://www.blitzortung.org or https://www.lightningmaps.org which is part of a large community project to track where lightning hits the ground. After a period of lightning storms a few years ago I signed up to the waiting list on Blitzortung to see if I could get my hands on a kit to rung from home. Well, several years later I got an email from Egon, offering me the option to buy the kit. I pondered the idea for a few days and then replied with yes. A few weeks later a parcel arrived and due to it being a wet weekend I eagerly opened it up and started work.

I ordered the full kit for the latest board called System Blue 19.5. The kit is the board, the case, USB power supply and 3 ferrite rod antennas. As you can see most of the surface mount stuff if already done but its sold as a DIY kit so I had to get the iron out and solder the last few items on. This isn’t very hard and it is fairly obvious how the bits are attached the most confusing bit for me was the manuals, there are a few guides and manuals and they are written for the ever-developing kit. This manual is for the older Sytem Red but is rather informative but has been superseded by this manual.

I ordered 3 ferrite core antennas and the 3rd is an optional one. For now, I am running just the two and will design and build a holder for the rods at a later date. This is referred to as the H-Field antenna and the other is the E-Field Antenna and has a circuit mounted

Once powered up you can access the interface for the unit via a web browser and after a few clicks, it was setup.

The interface is ok and works, it has a few bugs but for the most part, it is ok. I think the issues are around me tinkering with it as I test out settings. I have had it running for a few weeks now and have had the odd crash, and the other evening it had a lot of noise, causing false readings but moving stuff slightly higher up fixed this.

I have some work to do as I do have a fair bit of noise still but I am still working only a meter or so away from my PC.

But for now I am sending data into the system and you can view my station on both these pages.

I will write a bit more about this subject as I learn more. Plenty of tinkering still to do.