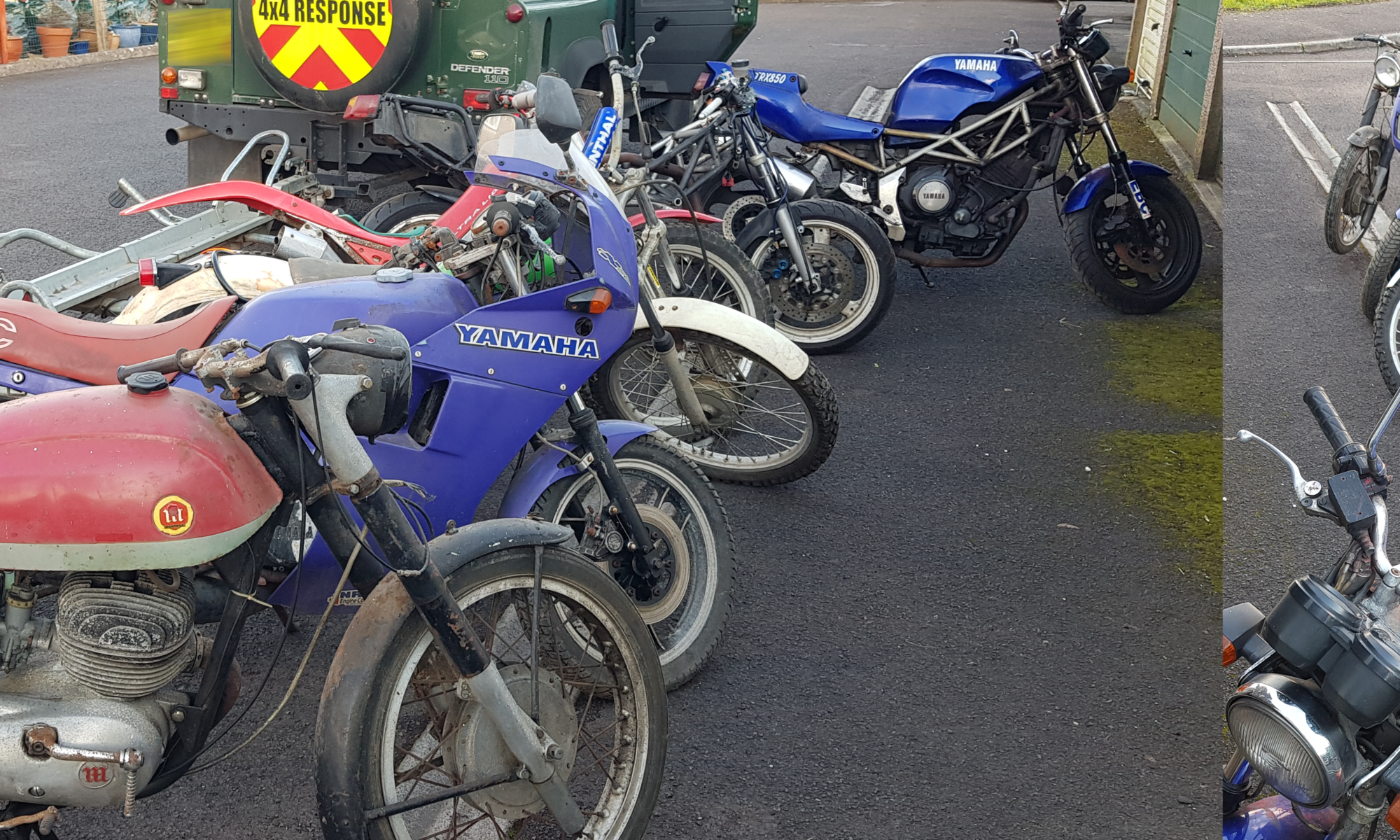 Sorry, I have been a bit lax with the blog posting, I have been pottering about as usual but the whole COVID-19 thing, work etc has had me a bit down. I have spent a fair bit of time recently working on clearing my Uncle’s old shed in the hope I could use it for some of my stuff but so far that doesn’t seem to be a plan that works for me. This was partly motivated due to some news that Aster who manage the council garages in my area are doing some refurb work on the one I rent so I would have to move out.

Aster offered me the option to move garages so I took that option and moved all my bikes and an assortment of spares from one to the other. But this then led me to think about how I can secure the bikes and garage from would-be thieves. So I started to hatch a plan.

I bought a 100W Solar Panel and a 10A PWM Charge Controller from eBay. Though I did make the mistake of failing to order a cable to go from the Solar Panel to the charging unit. This gave me some power, and thankfully I had two 12V batteries that my UPS said were no good but so far have held a good charge here on the bench.

As these days more and more things require less power I can use this to my advantage, after a bit of searching I found a Huawei E5576-320 which is a cheap enough WiFi unit that has a 4G SIM card slot so that I could get internet into the shed. Its got an internal battery that lasts a few hours and its also powered by USB, and the Renogy Charge Controller has 2 ports.

Then came the idea of CCTV, in a perfect world I would have a constant recording unit there that beams the footage home to me but that is rather data-intensive and could cost me a fortune in data costs. So I have elected for the BlinkXT cameras sold by Amazon. These are motion-activated, and record footage only if there is movement is detected. The cameras themselves use 2 x Lithium AA batteries and claim to last 2 years, the controller is the only item that needs constant power. Oh and look there that uses USB so no need for mains power.

Now I have this set up and running I still have work to do which includes adding some lighting, which I have built today after making the mistake of buying what was described as 12V Shed Lights but actually they are mains powered, and even worse the LED strips I think are 48V so I can’t even bypass the wiring and go direct. I have a fuse and simple rocker switch for that to do tomorrow.

Then I have to look at the long term fix for being able to charge the various motorcycle batteries that may be in there. That may be done with some relays, a few buck voltage converters and an Arduino, as I would like to log and record the charging system and also charge a different bike/battery each day.

Oh I also fitted some shelving and 2 benches with the idea I can store some of the stuff that is assembled but is in the way if in the home shed.