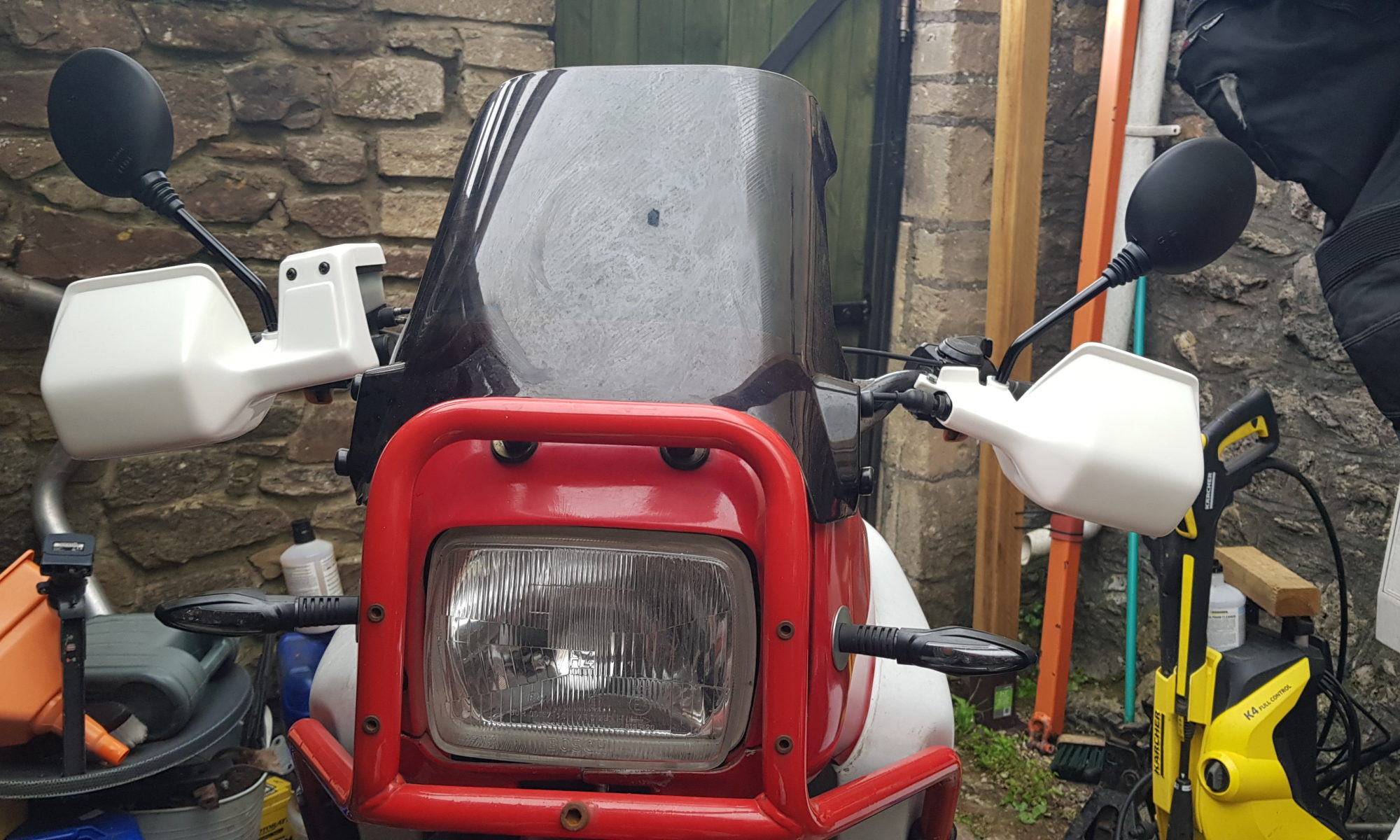 One of the items I bought early in this rebuild was a set of genuine BMW Handguards ( 71 60 2 315 860) as I could still buy new ones. These are manufactured by Acrebis and are the same shape as the old original ones so have the same 90s styling. Handguards aren’t required for riding but they do keep the cold air off your hands as well as rain. They also help protect your levers when riding on byways (yes I do plan to Greenlane it) from branches hitting them and causing it to either active the clutch, brake or worse both.

The kit is rather easy to fit and rather basic. But it does require the mirrors to be installed as they partly hold it in. So I bought some copies from M&P as I didn’t have any.