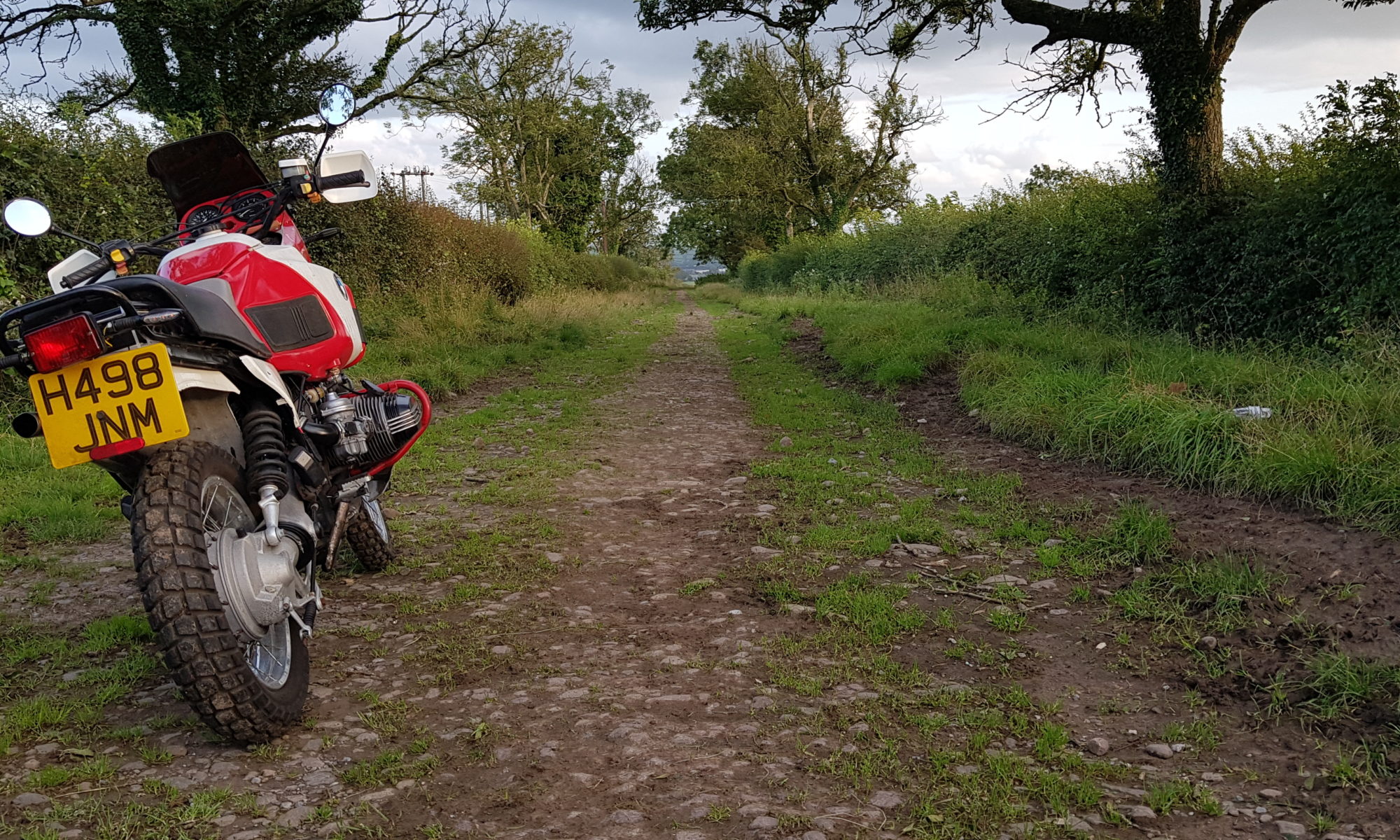 With the bike now running on both cylinders, I have now begun taking it out for short rides to get it warmed up and to make sure it won’t leave me at the side of the road miles from home.

First thoughts are the handlebars are rather bent so I took a trip to see Jeff & JimJams at Gossmotox.com to see if some Renthals would fit but after a bit of time faffing around we had tried a few different ones with the Classic Desert Racer 666 bars being the closest but sadly not enough height to avoid knocking into the screen and tank. So a bit more thinking is needed on that front.

But I did do a thing I have done to all my bikes, took it on a local byway to get its tyres dirty. This is a local byway near home which is an old Roman Road but its quite tame, enough that I have ridden a CBR600 along the byway with no issues.

Now I have managed to put 100 miles on it so when I got home I took the opportunity to do another oil change, the first being to remove the 8ltrs of petrol/oil mix. No filter change but just another swap with clean oil. But while I was there I decided to change the oils in the Bevel drive and Gearbox, thankfully it is the same oil I use on the Land Rover Defender. But it is horrible oil that has the ability to get on to everything and its stinks.

Now to take it for a longer ride as the weather is nice.