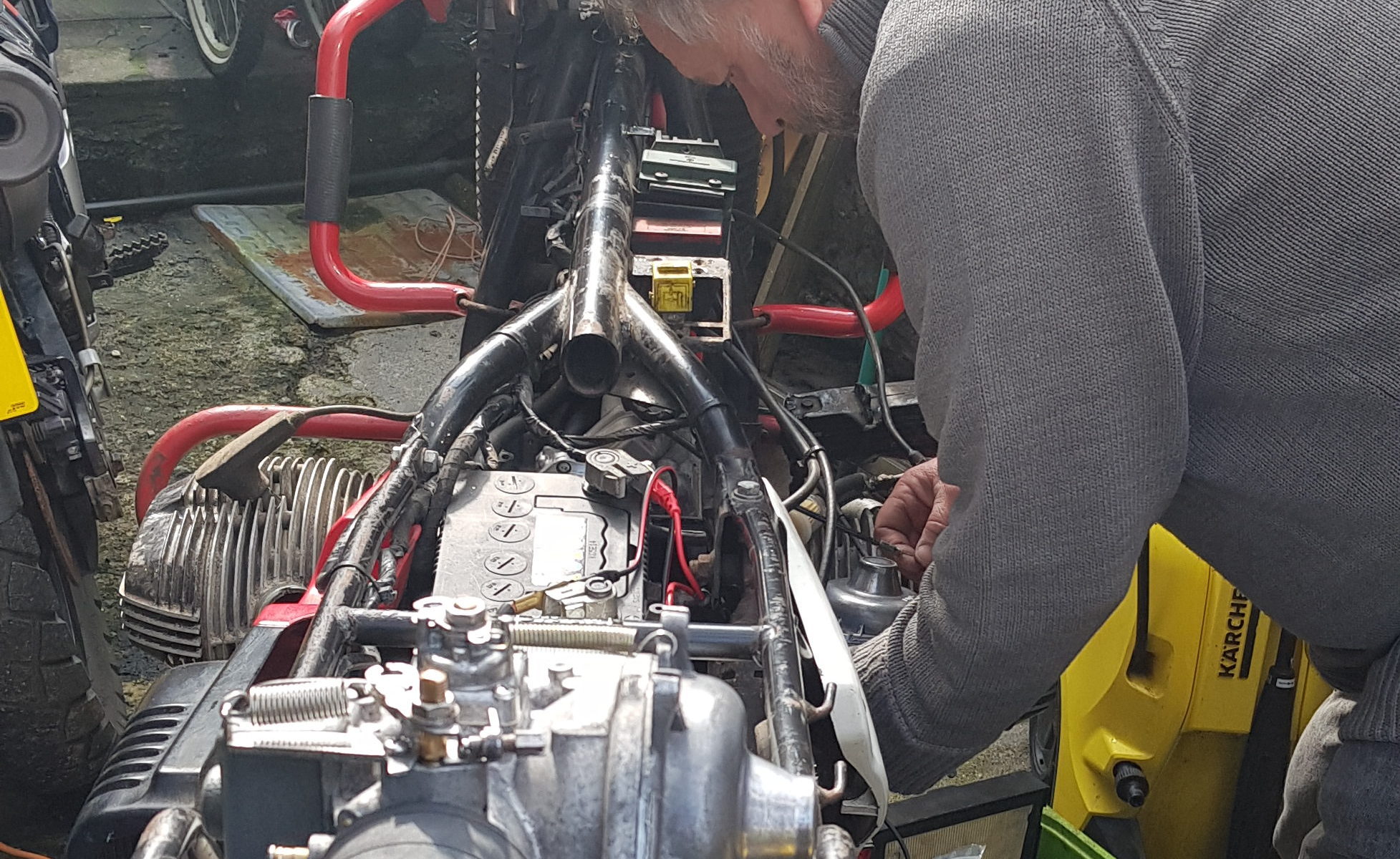 Its the weekend and I can spend time doing some work on the bike. So after a little fettling, it was time to fit the carburettor and see if it would fire up.

So it starts and though it has a little bit of smoke its not enough to worry about for now as it has been been in a shed with a petrol/oil mix in the engine. We only started it for <1m each time as we wanted to allow oil to move around the system and we were feeding it petrol via a small bottle.

Flush with the success of it starting I popped out and picked up some replacement fuel pipe as the stuff on there is a little ropy. Below are a few pictures of my efforts.